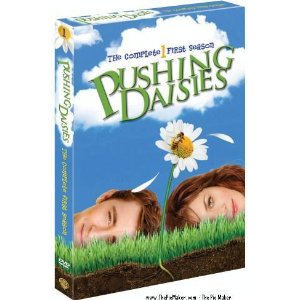 If you’re a fan of television it’s probably happened to you – and probably more than once. You start watching a new show, you really enjoy it and start to follow it and then – BAM! – it gets canceled, usually before an important story line is finished. A lot of these shows are critical darlings, but never found a large audience, or they’re the victim of being moved to different nights and times too often. The Hollywood writer’s strike two years ago was devastating for several shows. While we can’t fire up production again on some of these beloved shows, thanks to DVDs the library can give you a chance to go back and re-live many shows, even those with too short of a run to go to syndication. Here’s just a sampling of what we have available:

Firefly (yanked by FOX despite rabid fan following; those fans helped push the making of the feature film, Serenity)

Better Off Ted (funnier than The Office, this corporate snark-fest was big on laughs, low on viewers partly because it’s schedule changed constantly)

Pushing Daisies (nothing else quite like it on tv – funny, romantic, silly, profound, and colorful with pies! – the writer’s strike prevented it from picking up the audience it deserved)

What about you? Any short-lived tv series you’d love to see again?