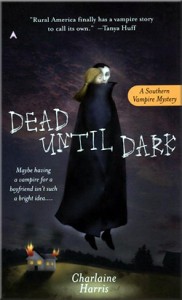 Some of today’s most popular movies and television series started off as books.  Dead Until Dark by Charlaine Harris is a mystery starring Sookie Stackhouse, a telepathic barmaid from Bon Temps, Louisiana.  The story takes place after vampires have made their existence known to the world and are beginning to be accepted into mainstream society in America.  One night at work, Sookie’s dream comes true and a vampire named Bill walks into the bar.  After rescuing Bill from a couple attempting to drain his blood, Sookie and the vampire embark on a romance and Sookie learns that there are many more interesting creatures in this world than she ever knew of before.  If you like vampire novels with a splash of romance and mystery, this book is for you.  It’s an entertaining bit of light reading that will force you to leave the comfy confines of your home and race back to the library for the sequel. 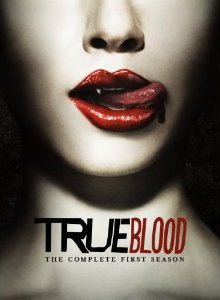 Following the success of this book and its sequels, HBO adapted it into a television series.  Starring Anna Paquin as Sookie, True Blood: The Complete First Season follows the events of Dead Until Dark.  The main storyline remains the same, with Sookie and the residents of Bon Temps trying to figure out who is murdering local women.  Not everything is exactly the same as the book:  characters who are minor in the novel are given their own important storylines (with Sookie’s brother Jason becoming addicted to vampire blood), and characters who don’t appear until later novels are transplanted into this first season and are given new personalities (like Tara and her new “don’t take any you-know-what” attitude).

Personally, I enjoyed the book much more than the TV series.  While the HBO series was spot-on concerning the main events of the novel, the changes that were made from what was originally in the book didn’t seem fitting to me.  However, the casting is excellent and most of the characters are exactly as I saw them in my head while reading the book.  My only other complaint is that I am a bit squeamish, and due to the graphic nature of the show, some of the scenes were a little hard to watch.  But overall, reading the bok and watching the show are both fun escapes from reality.

But enough about what I think.  Which did YOU enjoy more:  the book, or the DVD?