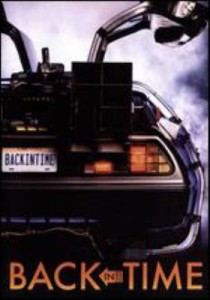 This year was a big year for fans of the Back to the Future movie trilogy as we finally catch up with the future timeline in the films. Buzz has been all over the internet with folks comparing the movie’s predictions of life in 2015 with what has really happened. For the full list of movie comparisons versus reality, click here.

What seemed to get the most attention was predictions the movie made about the 2015 baseball season. According to Back to the Future II, the Chicago Cubs win the World Series in a sweep over Miami on October 21, 2015. Fast forward to the real 2015. With the start of the baseball pre-season, fans of both the movie and team began posting on Facebook that the Cubs were going to win the World Series this year. Considering the Cubs have not played in the World Series since 1945, let alone won since 1908, this seemed like more than a long shot. But…what if?  As the season went forward and the Cubs were looking better and better, more and more started to believe. When they beat the St. Louis Cardinals in the NLDS, even I started to believe (just for a tiny second). In the end, they couldn’t quite do it, but there was definitely some kind of magic in the city of Chicago during the 2015 season.

Hollywood has followed up on this hype by releasing a brand new documentary about the making of the movie trilogy. Cast, crew and fans are featured in this 30th anniversary tribute. Back in Time stars Steven Spielberg, Micheal J. Fox, and Lea Thompson. For those of you that love the franchise, this is a must see. Back in Time along with the other anniversary items are available at the library.