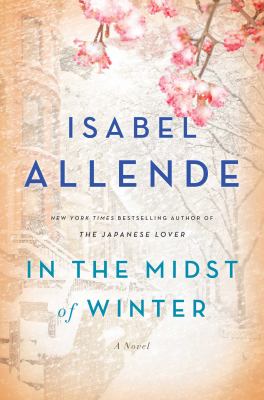 Isabel Allende’s newest novel In the Midst of Winter is a page turner filled with suspense. Part love story, part history, part current immigration issues where baby boomers learn to love again while covering up a crime scene and dealing with their own histories of violence, love lost, and innocence begot.

A story about three separate individuals, Evelyn, Lucia, and Richard whose previous lives become intertwined in a series of flashbacks and unfortunate events including military overthrow, drug escapades in Rio, and gangs in Guatemala. Richard a college professor living and working in New York, Lucia, Richard’s colleague who he has helped obtain a year professorship in New York who also happens to be Richard’s tenant living in the freezing basement of his Brooklyn brownstone, and Evelyn a DACA refugee turned illegal alien come together in Allende’s imaginative fictional concoction of romance, murder, suspense, and drama. The three characters are brought together by a harrowing snow storm in New York when Richard hits Evelyn’s car, embarking all three of them on a journey none would have ever expected.

The reader will enjoy reading this fictional tale where boomers despite their trials of hurt and loss learn that there is still life left in them to live and love left within them to give.