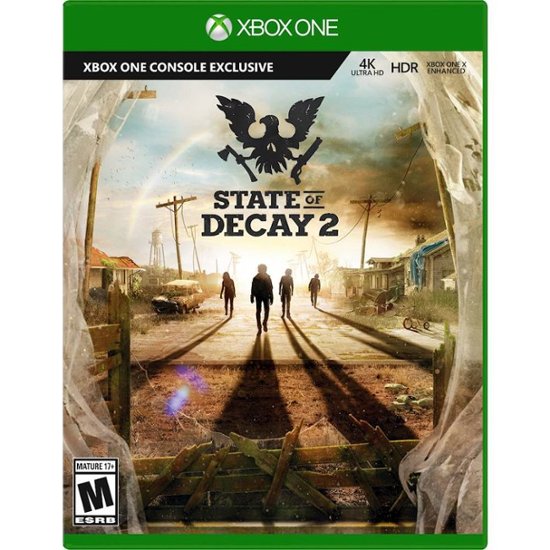 I remember playing the original State of Decay on my Xbox 360 and I loved it. Scavenging, surviving and strategizing with my own group of survivors gave so much freedom and options for how to play without it being too overwhelming. The one glaring issue that I had with the first game was that I couldn’t play it with friends. It was single player only. This is an issue that developer Undead Labs aimed to remedy with the sequel.  Multiplayer play is the biggest feature added to State of Decay 2 and it works beautifully.

State of Decay 2 is an RPG mixed with some strategy game elements  like community and base management. You play as any of the survivors that you have recruited into your community and establish bases, outposts and form alliances (and conflict) with other communities that you come into contact with in the open world, all while having to fight off the hordes of the undead. State of Decay 2 has a feature that is unique for current games. Permadeath. If one of your survivors dies when going on a scavenging expedition, they stay dead, no respawn, no returning to the last game save. This creates a sense of tension and intrigue even on the most mundane of errands that takes the player outside of their base.

If you played the original State of Decay, then this sequel gives you everything from the original but a lot more of it. With three full fleshed-out maps to build your community of survivors in, you can put hours and hours into just going through each of the areas and clearing out zombie infestations and blood plague areas. There is also a story mode that follows the quest to create a cure for the zombie plague. Once you complete the story missions on one of the three maps, you are given the option to relocate your community onto one of the other two maps and continue playing through the story there.

I recommend State of Decay 2 for anyone that is a fan of RPGs or the zombie horror genre, and I doubly recommend it if you are someone like me who is a fan of both. It has a ton of replay value, just enough depth to keep the player intrigued and the multiplayer options make the game a million times more fun to play.

State of Decay 2 is an Xbox One exclusive available at the Davenport Public Library.