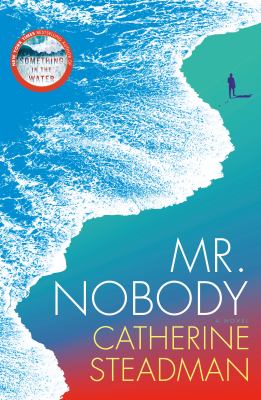 Figuring out who you are as a person is a never-ending process, one that changes as you age. While most people have a solid base of who they are, others seem to flit from job to job, friend to friend, place to place. What would you do if you lost the very essence of yourself? Catherine Steadman discusses this topic in her newest book Mr Nobody.

A man is found on a British beach with no identification and unable to speak. He is drifting in and out of consciousness, has no identifying characteristics, and seems to have appeared out of nowhere. Public interest in this mystery man immediately peaks with everyone wanting to know who he is. To give him a name, the press dubs him ‘Mr. Nobody’. Taken to a hospital and run through an initial battery of tests, hospital staff and medical experts try to figure out a course of treatment to bring Mr. Nobody’s life back to him.

Considered one of the experts in her field, neuropsychiatrist Dr. Emma Lewis has spent her career waiting for a case like Mr. Nobody’s. Called in to assess the patient, Emma is initially thrilled because this case has the power to make her name known. As soon as she realizes where she has to go, Emma freezes. She left that small town tucked deep inside English countryside fourteen years ago. Emma hasn’t been back since. She has worked hard to hide all traces of her past in those past fourteen years. Going back will dredge up all those painful memories and will put her family in danger again. Something is calling her back though and Emma can’t resist the pull of Mr. Nobody’s case.

As soon as she shows up back in town, Emma realizes that all her efforts to conceal her past were pointless. This small town hasn’t changed much and the people that were there fourteen years ago are still there. Pushing through those bad memories, Emma starts working with her team to create a treatment plan to help Mr. Nobody. The more time Emma spends with him, the more she realizes that he knows more about her and other hospital staff than she should. The fact that he knows about what happened to her fourteen years ago instantly send up alarm bells since no one should know about that. Mr. Nobody must be hiding something.

Bad Behavior has blocked 1327 access attempts in the last 7 days.