When Anne Tyler’s previous book A Spool of Blue Thread was released in 2015, multiple patrons, friends, and other librarians told me I needed to read it. Sadly, I never got around to doing so since I was consumed in so many other great books at the time and it slipped from my mind. When her latest, Clock Dance, started popping up on lists months ago, I knew I needed to read it based on the popularity of her previous novels. For once, I was ahead of the game!

Clock Dance by Anne Tyler is the story of one woman’s life journey from an 11-year-old schoolgirl forced to step into her mother’s shoes in 1967 to a 61-year-old woman hoping for grandchildren in 2017. Tyler presents many characters throughout this novel. She does a wonderful job giving each vibrant backstories and rich present lives. I found myself thoroughly invested in each character’s life as they work to survive day to day.

When Willa Drake looks back on her life, she can count on one hand the moments that define her. In 1967, Willa and her younger sister Elaine come home from school to discover that their mother has disappeared. Again. Willa is forced to become a mother figure to her sister and waits hoping her mother will come home soon. In 1977, Willa is away at college trying to decide if she wants to marry her current boyfriend. During a trip home to see her family with said boyfriend in tow, Willa sees that she needs to form an identity separate from that of her parents. In 1997, Willa lives across the country with her husband and two children. Enjoying a life full of various activities, Willa’s world is thrown upside down when her husband dies. Only 41 years old, Willa struggles to put her life back together while taking care of her boys.

In 2017, Willa is 61 years old yearning for her sons to give her grandchildren. Given how little the two talk to her and from what she knows about their scant love lives, Willa doesn’t think she’ll ever be a grandmother. One day, Willa receives a phone call out of the blue from a stranger saying she needs help. Can Willa fly out to Baltimore and be her savior? Dropping everything, Willa and her second husband jump on a plane and head to Baltimore. Once there, Willa steps in to care for a young woman she’s never met, her nine-year-old daughter, and a dog named Airplane. Willa hardly ever makes impulsive decisions, but when this spur of the moment trip ends up introducing her and her husband to places, people, and experiences she’s unfamiliar with, Willa discovers that change can be a good thing. While her husband is anxious to get back to their familiar, Willa finds comfort in these complete strangers who have accepted her as one of their own.

Now, while I don’t normally listen to books on CD or audio, I truly enjoyed listening to Calypso by David Sedaris, read by the author himself. And I must say that it was a lovely, riveting, and a hilarious ride….ride I say….. in that I only listened to the book on CD while I was riding around town or making my entire family listen to it when we took a short road trip over the Labor Day holiday weekend….and believe it or not, they actually listened, although they did let me know at times that the language was not appropriate for teenage ears….but whatever is all I have to say about that! As the video games I have seen them play are way worse than anything that could have ever been written in this novel. Sedaris’ prose is almost autobiographical writing mixed with what seems to be comedy bits that could have been written by his comedic actor sister Amy Sedaris.  Calypso will keep the reader and/or listener engaged, entertained and especially amused in the comical sense and laughing in a very familial relatable scenes with parents, adolescence, and aging. Check out Calypso David Sedaris’ latest book and you won’t be disappointed….instead it will leave you crying with laughter…at times. 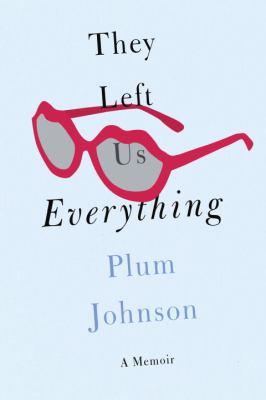 They Left Us Everything, Plum Johnson’s account of her parent’s illnesses and deaths, is refreshing in its candor and will resonate with anyone who has gone through something similar. She’s candid, too, about her family.

Plum grew up in Singapore, Virginia, and finally Canada – which was a compromise for her British father and American mother. Her parents spent the ends of their lives in the family home on Lake Ontario. Her mother was from Virginia – her ancestors and cousins were attorney generals and ambassadors. While her mother was exuberant, eccentric, and a writer of letters and a copywriter in her youth, her father was British, reserved, and quite eccentric, as well. Their relationship endured but was volatile and complicated.

Plum and her three brothers all have skills, roles and competencies related to caregiving. Some are hands-on and some help at a distance with financial, legal and real estate matters. Sibling Suppers are mostly supportive and cooperative, but, as she is the oldest, divorced, single, and the daughter, Plum is most directly involved in her parents’ care and the settling of the estate.

Plum sometimes compares her life at 63 with her mother’s relative freedom at the same age.  She details the steps and the incredible energy and patience it takes to do routine tasks – like going to the mall. Just reading the description is exhausting.  “It feels as though the last twenty years have leached out my patience, my empathy, my compassion – the best parts of me- until I feel unrecognizable, a person I don’t like very much.” “Nineteen years, one month, and twenty-six days of eldercare have brought me to my knees.”

The house is as much a character in this book, as her various family members. Plum loves the house and it’s setting by the water, and it’s through the house that she comes to terms with the contradictory feelings she had toward her parents. She is overwhelmed by her parent’s house and it’s contents, but she doesn’t succumb to the temptation to discard and give away their belongings immediately and without thought. She ultimately decides that those items are a curse, but they are also a blessing. “This house I am now slicing apart is theirs – the place that we’d taken for granted would always be here as a backdrop to our lives.” Later, she says, “Now I believe this clearing out is a valuable process – best left to our children. It’s the only way they’ll ever truly come to know us…”

In the end, she acknowledges the truth of what funeral guests tell her: “When your mother dies, you’ll wish you’d asked her some questions.” When it’s too late, she realizes, “Now there are questions I didn’t even know I had.” 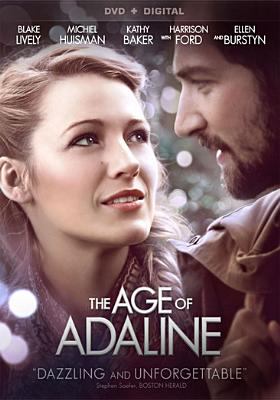 Have you ever seen a preview and told yourself you would never watch the movie? That’s how I felt with The Age of Adaline. The premise seemed unbelievable and the whole idea far-fetched. One day, however, someone told me I should really check it out because the movie was better than what the preview presented. Thus begins my falling in adoration of The Age of Adaline.

The Age of Adaline follows the life of young Adaline Bowman and her decades long endeavor to keep her real identity hidden from everyone. This necessitates having to move every decade and to change her identity. Adaline Bowman was in a near-death car crash when she was 29 that left her unable to age. Having remained 29 for almost eighty decades, Adaline has managed to keep her identity a secret by following a set of rules she has written for herself. She steers away from love, chooses friends wisely, and never tells anyone her real name – well except for one person, but that was years in the past.

In present day, Adaline manages to keep all of her promises until she meets Ellis Jones, a philanthropist who works his way fully into her life. Adaline soon finds herself having to deal with the clashing of her past and her present when a weekend trip to his parents’ house brings up memories that she would like to leave behind. This trip changes her life forever and forces her to come face-to-face with her destiny, whatever she chooses it to be. 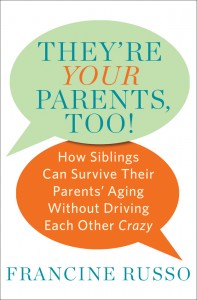 They’re Your Parents, Too! by Francine Russo is all too relevant for many baby boomers coping with their aging parents and siblings.

Russo notes that this is the first generation that has had to so frequently manage their parents’ long term illnesses -which may last for decades.  This places a strain on sibling relationships that may already be fraught with unresolved rivalries.  Dysfunctional sibling/parent relationships can be unaddressed for many years only to erupt when everyone is forced to deal with emotional and critical issues.

Some families are able to navigate this very painful terrain, respecting those that have been the primary caregiver(s); many would benefit from a third party such as a social worker or doctor, according to Russo, who has interviewed many, many families. She advises lots of honest communication and attempting to understand the points-of-view of others. It’s never an easy journey, but it can be made bearable if siblings support each other. 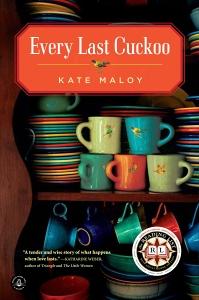 Every Last Cuckoo is a tender book which will pull at your heartstrings.  The protagonist is a 75 year old woman, Sarah Lucas, who is still very much in love with her husband, Charles.  When Charles dies unexpectedly (yes, even 80 year olds die unexpectedly) Sarah is left alone in her rural Vermont home, tentatively dealing with her grief and loss.  Yet she is not alone for long.  First, her rebellious granddaughter, Lottie, seeks refuge with Sarah away from her overbearing parents.  Lottie is quickly joined by a few of her friends with family problems of their own.

Others in the community begin to look to Sarah to shelter those in need — to harbor the young mother who has been beaten by her husband — to temporarily house those without heat — to offer quiet sanctuary for an author returned from Israel.  Each finds their way to Sarah’s doorstep and each contributes to the growing household in their own way.  Sarah finds time to take long walks in the woods and to reflect upon her life.  In doing so, the reader also comes to a better understanding of what it means to live, albeit imperfectly, a full and gracious life.  This is an easy read with book club questions included at the end.