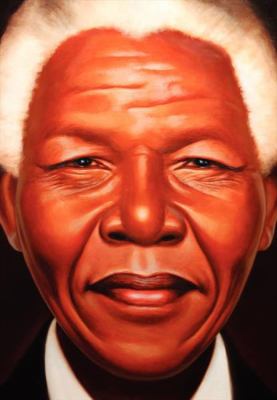 I’ve been a fan of Kadir Nelson’s illustrations for years without realizing it.  Nelson is an illustrator and writer who has created some of the most beautiful and powerful books of the past fifteen years. Primarily focusing on African-American history and heroes, Nelson has proven to be adept at writing and illustrating books about challenging subjects gracefully and with age-appropriate illustrations and language. He illustrated the Caldecott Honor books Moses: When Harriet Tubman Led Her People to Freedom by Carole Boston Weatherford and Henry’s Freedom Box by Ellen Levine, as well as books by Spike Lee, Will Smith, Nikki Grimes, Sharon Robinson (Jackie Robinson’s daughter) and Michael Jordan.

With the release of Nelson’s newest picture book, Nelson Mandela, I took another look at his 2008 release We are the Ship: The Story of Negro League Baseball.  Both books are written and illustrated by Nelson and feature his signature resplendent paintings.   We are the Ship tells the story of baseball’s segregation from the start of the Negro League baseball in the 1920s, until Jackie Robinson crossed over into the majors in 1947.  This non-fiction book is told in 9 chapters (labeled as innings) and reads as a collective voice.  The writing is inspiring without being overly sentimental and smart while still being accessible. 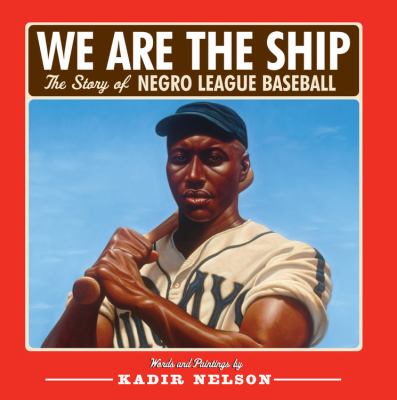 Nelson Mandela is a much shorter work, but no less compelling.  The prose is fluid and poetic, and there are few stories more powerful than Mandela’s.  Nelson made some stylistic decisions that really make this picture book stand out.  The front cover of the book is a striking painting of Mandela’s face (above), with all of the book’s text on the back cover.  Light is used prominently throughout the book, from the cover shot of Mandela’s face bathed in light with a black background to the use of a rising sun as the story tells of Mandela’s birth to the absence of light while Mandela was in prison.  This use of literal light to convey the figurative impact Mandela has made on so many people helps give visual cues to readers, while the text does a remarkable job filling in the rest of the story for young readers.  You can find more books written and illustrated by Kadir Nelson at the Davenport Public Library!

Bad Behavior has blocked 1588 access attempts in the last 7 days.