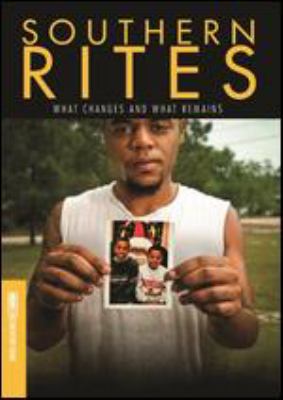 Southern Rites is a documentary that takes place in Montgomery County, Georgia. Gillian Laub, a photographer, first visited Montgomery County to photograph the town’s racially divided proms, gaining an insight into community tension. After photographing this, Laub’s story is published in the New York Times Magazine, which inadvertently gives the town unwanted notoriety and ends up forcing them to integrate their proms. Heading back one year later, Laub is not allowed to film the integrated proms and instead stumbles upon another story.

Laub ends up following two main events unfolding in Mount Vernon, GA: 1) an election campaign that the town hopes will lead to its first African-American sheriff and 2) the trial of white resident who is charged with murdering a young black man. Tension is high throughout the community and this documentary really gets to the heart of the problems. As Laub continues to investigate, multiple stories unfold surrounding the murder and each person affected by this tragedy shares their own personal feelings. Southern Rites travels along well-established racial lines in the community and shows how complex emotions and complicated truths are so well entangled. This documentary simultaneously highlights for readers how far we as a society have come, but also how far we still have to go in terms of racial understanding.