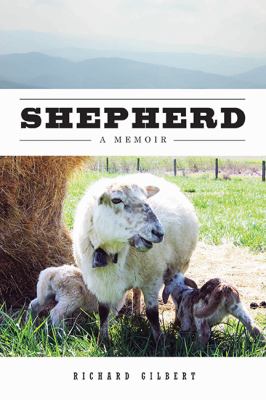 Upon moving to Appalachian Ohio with their two small children, Richard Gilbert and his wife are thrilled to learn there still are places in America that haven’t been homogenized in Shepherd: a Memoir.

The Gilberts excitement over the region’s beauty and quirky character turns to culture shock as they try to put down roots far from their busy professional jobs in town. They struggle to rebuild a farmhouse, and Gilbert gets conned buying equipment and sheep – a ewe with an “outie” belly button turns out to be a neutered male – and mysterious illnesses plague the flock. Haunted by his father’s loss of his boyhood farm, Gilbert likewise struggles to earn money in agriculture. Finally an unlikely teacher shows him how to raise hardy sheep – a remarkable ewe named Freckles whose mothering ability epitomizes her species’ hidden beauty.

Discovering as much about himself as he does these gentle animals, Gilbert becomes a seasoned agrarian and a respected livestock breeder. He makes peace with his romantic dream, his father, and himself. Shepherd, a story both personal and emblematic, captures the mythic pull and the practical difficulty of family scale sustainable farming. (description from publisher)

Bad Behavior has blocked 1613 access attempts in the last 7 days.