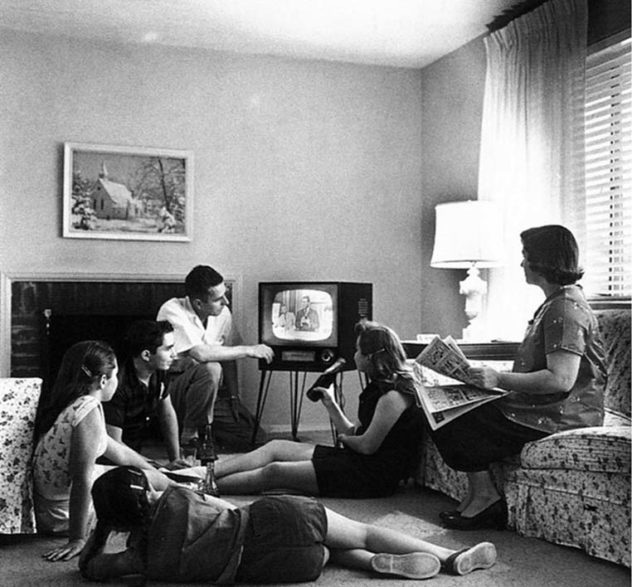 How is your reading going this month? There’s certainly a lot to choose from! I hope you’ve had a chance to stop by one of our locations for ideas on what to read.

If you’re still stumped, or pressed for time, how about a movie? All those great clothes (And hats! Everyone wore hats!) and classic cars – movies and television shows are a great way to immerse yourself in mid-century atmosphere. Here are some suggestions.

That Thing That You Do – Tom Hanks directed and starred in this charming story of a group of teens that are propelled into stardom in the early days of rock and roll.

L.A. Confidential – Gritty, complex and riveting, this look at a corrupt Los Angeles police department is chilling. Outstanding performances by Russell Crowe, Guy Pierce and Kim Basinger among others.

M*A*S*H – The classic television series starring Alan Alda. It’s a comedy (“Frank Burns eats worms!” still cracks me up) but it’s also a drama with an unflinching examination of the cost of war.

Mad Men – An inside look of the world of the glamorous and high-powered “Golden Age” of advertising, ruled by the men of Madison Avenue. A riveting examination of the times and how much things have (and haven’t) changed.

Bad Behavior has blocked 1347 access attempts in the last 7 days.