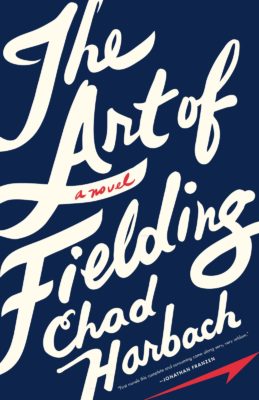 Hello Fellow Book Lovers! How did your August reading adventure go? Did you find a great sports themed book? Were you inspired by the Olympics to try something different? Or did you finish off the podium this month?

I’ve been laid up this month (fully on the mend now and returning soon!) and expected to read multiple books – I had stockpiled a lovely stack of enticing titles. But the truth is, I was often just too tired to do much beyond my physical therapy exercises other than stare at the tv (or nap!) Thank goodness for the Olympics! I am not a fan of daytime tv but the Olympics proved to be a great source of inspiration and drama. Because I was home during the day I was able to watch many of the “obscure” sports that I only see during the Olympics such as flat water canoeing and equestrian and badminton and lacrosse and trampoline (!). I was especially intrigued by the rowing contests, having loved Dan Brown’s brilliant The Boys in the Boat; I felt I had at least an inkling of what those athletes went through to reach the pinnacle of their sport and also now knew a bit of the sports’ history and background. It was a prefect example of books enriching your life.

I did manage to read a sports themed book this month, although it’s the non-Olympic sport of baseball. The Art of Fielding by Chad Harbach may center on college baseball, but it’s real heart is the lives of the characters and the long-reaching consequences of one random mistake. Henry Skrimshander is spotted playing during a summer baseball tournament by Mike Schwartz, the catcher of Westish College, who sees Henry’s potential  – Henry is an artist on the field, snagging every ball that comes his way and throwing with precision and accuracy. Schwartz manages to get Henry a scholarship to Westish and helps him train and practice. Suddenly Westish has a bona fide pro prospect playing for them and baseball scouts begin showing interest. Henry flourishes as his skills improve and he becomes a student of the game. The future opens before him, bright and promising.

Until one day Henry throws a ball that goes wildly off course, hitting his friend and roommate Owen, sitting in the dugout, in the face. It wasn’t out of malice, it was simply a slip with a wet ball on a windy and rainy day. Except for an impressive shiner, Owen is fine and never blames Henry, but Henry loses his nerve and suddenly, the magic that was his fielding is gone; he simply cannot play the game anymore. The consequences of this one slip and it’s effect on Henry and his friends and teammates make up the bulk of the book – how Henry struggles with and copes (not always constructively) with his panic, how his friends and teammates rally around him, how people are brought together that might never have met, of learning to find purpose again when your life suddenly changes course. A warmhearted, thoughtful book; highly recommended.

How about you – what did you read this month? Let us know in the comments!

And a quick note – many thanks to my guest editors Allison and Stephanie who have been keeping the blog afloat for me! See you next month!

Bad Behavior has blocked 1418 access attempts in the last 7 days.