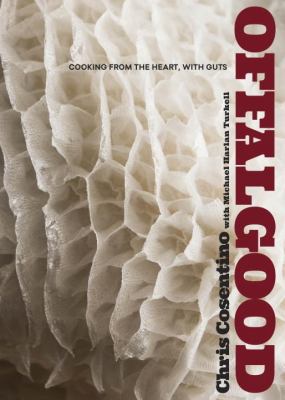 I visited Ireland a couple years ago and ate an Irish breakfast every morning. It consisted of black (blood) sausage, white sausage, an egg, bacon that seemed like plain ham, and a grilled tomato. I felt sorry and a bit embarrassed that the breakfast buffet at a hotel frequented by Americans was out of white sausage but had plenty of untouched black sausage. I hate wasting food.

Various cultures have utilized animals in nearly their entirety from snout to tail when preparing food throughout human history. That practice has been largely lost in the United States. I read Offal Good by Chris Cosnetino after seeing the intensely close-up photo of an animal organ and was intrigued. Cosentino is creative in his recipes and both smart and wicked with his humor beginning with the pun in the book title – offal is pronounced awful. One of his recipe titles requires a knowledge of Spanish slang for a body part to get the joke.

The recipes’ accompanying photos are beautiful and even a skeptic might admit they look delicious in their presentation. I appreciated his identification of the various parts of the animal as well as describing the differences in preparation among the same part of different animals. My interest in organ meats is twofold: they are rich in vitamins and minerals that muscle meat doesn’t provide and it seems more ethical to consume the entire animal rather than discarding parts deemed undesirable by some arbitrary cultural standard. 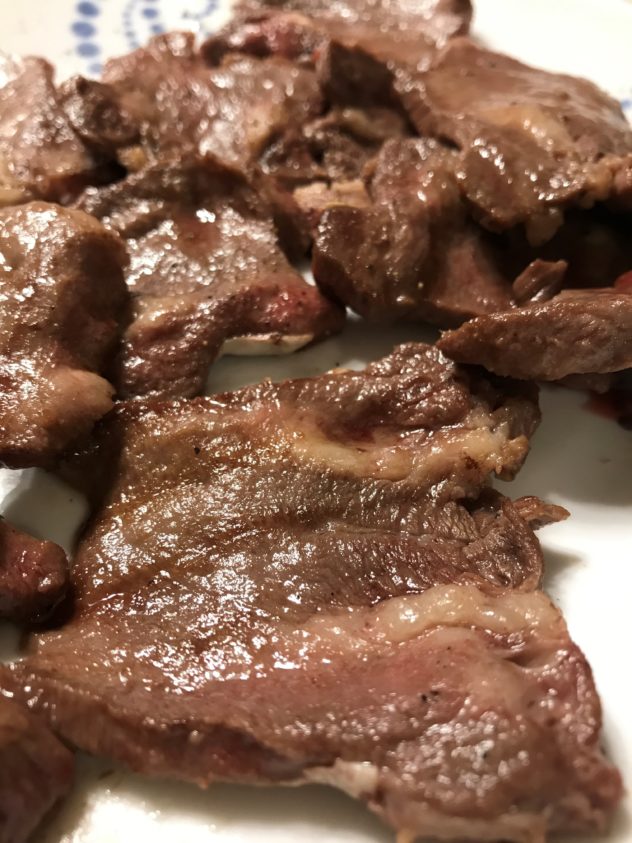 I decided to try one of the simpler recipes with an ingredient I’m somewhat familiar with, beef tongue. If you haven’t tried tacos de lengua at a local Mexican restaurant, give them a shot. I was squeamish at first and it took a couple of tries for me to adjust to the springy texture, but then again, I felt the same way about shrimp once upon a time. I found beef tongue at a local butcher shop.

I honestly had to quell a bit of revulsion at first but I quickly convinced myself I was just getting in touch with the origins of my food. I was finally being honest. Meat doesn’t spring from a neat Styrofoam-plastic-wrapped container as many of us would like to think. I quickly got in touch with my curious and hungry side and grilled superb thinly-sliced meat using the minimalist recipe provided. The taste was rich and deep. I give the recipe a thumbs up!

I will probably never try a few recipes because I can’t completely erase my cultural biases. This book is an interesting romp through some seriously amazing cuisine that Americans are overlooking. Perhaps millennials will latch onto the growing trend of cooking with offal and will nudge it into the mainstream.