So, how was your April in Paris? Nothing can compare with the real thing, but I hope it was good!

Shockingly, my month did not go as planned and I didn’t manage to finish any books set in Paris. However, books about Paris are always on my list and I will always be reading about the loveliest city, so I don’t feel like I’m missing out. Also, there are no Library Police. 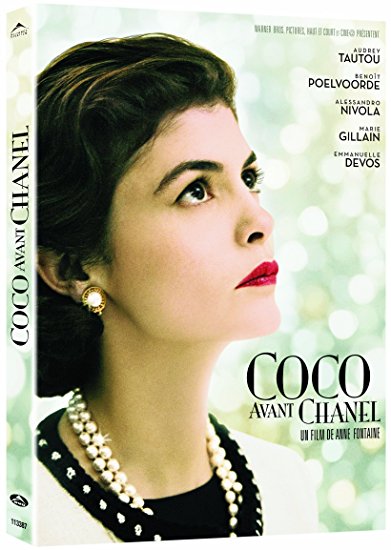 I did squeeze in a movie though – Coco before Chanel  (yes, it’s in French!) starring Audrey Tautou. It’s about Coco Chanel’s early life and the experiences that helped shaped both her artistic vision and her life choices. As shown in the movie (and I believe it is accurate), Coco was not an easy person. She was opinionated and bold (at a time when women were encouraged to be quiet and decorative), and demanded her own way – which sometimes seemed to shift without warning. She is also largely responsible for cutting women out of restrictive corsets and creating clothes that are elegant, timeless and comfortable with clean lines and little fuss. In addition, she created and directed her own company in a world run by men and she set her own course unapologetically.

Sadly, there is very little about Paris in the movie until the end (Coco grew up in the French countryside, left in an orphanage by her father along with her sister after their mother died) and only a little is shown about her growing business and fashion influence. I would have like to seen more about that and also seen something about her life in Paris during World War II – she took a German lover during the Occupation and there has been speculation that she collaborated with the Nazis. She is a complex, enigmatic figure (French history seems to have lots of them!) and I’d like to learn more about her.