How was your reading this month? Did you find a great book (or movie) set in Japan that you really enjoyed? It’s such an interesting culture set against a beautiful and dramatic landscape that the possibilities for good reading are boundless.

I read The Dictionary of Mutual Understanding by Jackie Copleton which I blogged about earlier. I highly recommend this book – it’s not only a great story, it has a lot of information about the Japanese culture, much of which is unfamiliar to those of us raised in a Western European tradition. 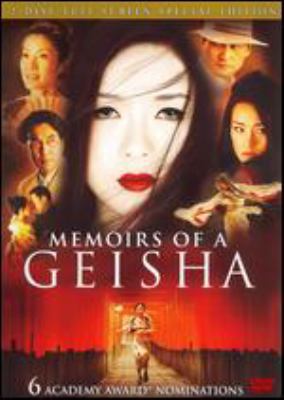 I also watched the movie version of Memoirs of a Geisha. I loved the book (written by Arthur Golden) but had never seen the movie. I never expect a movie to be as good as the book (and they almost never are), but I had high hopes for it to be visually stunning (as I had imagined when I read the book) I was pretty disappointed – the movie concentrated on the personal interactions (which were petty and brutal) and very little on the history and background of the geisha which was a vital (and fascinating) part of the book. If you hadn’t read the book, there were large parts of the movie that you would have no idea what was going on, or why. Also, it wasn’t as beautiful as I think it could have been – the kimonos, the tea houses, the gardens – all of those were barely touched on. In addition, many of the scenes were filmed in the dark and/or rain making it very difficult to follow the action. And the ending was changed. So. Read the book (which is excellent) and skip the movie (in my opinion!)

Now it’s your turn – tell us what you read this month! Everyone loves a good recommendation!

2 thoughts on “Now Arriving from: Japan”

Bad Behavior has blocked 1346 access attempts in the last 7 days.