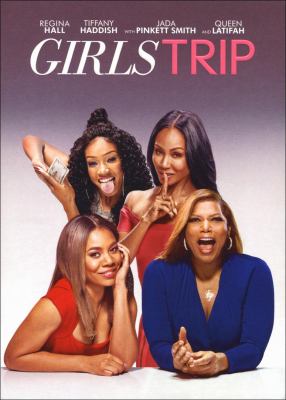 After several thought-provoking independent films, I wanted some entertainment that was sheer fun. Girls Trip was just the flick. Regina Hall, Queen Latifa, Jada Pinkett Smith, and Tiffany Haddish play lifelong friends who attend the Essence Festival in New Orleans. Truths are revealed, a blowout ensues, bonds are reestablished, and much drinking and mayhem ensue throughout. The movie might have been set in Las Vegas, as one popular male-friend-escapade movie was placed, but New Orleans was a fine choice for the backdrop of architectural eye-candy and no-holds-barred atmosphere of the French Quarter at night.

In the vein of Bridesmaids, the ladies at times abandon all decorum and end up in some hilarious and one super-disgusting situation. The women are all good actors but I adored Tiffany Haddish’s performance. Her character was quite dysfunctional but was so loveable, funny, and brutally honest, that I could see why the others would continue to be friends with her anyway despite her foibles.

There were some lessons about being true to one’s self and about the importance of female friendships but those were just backstory for me. The ladies just having a great time in each other’s company was what I enjoyed most.