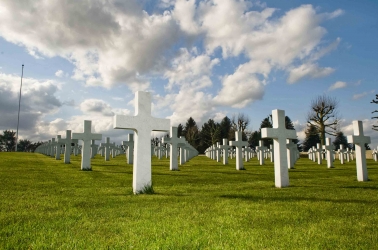 Today is Veterans Day, a day set aside to honor military veterans. Originally called Armistice Day, it was first observed in remembrance of soldiers of the Great War (World War I) and is set on November 11, the anniversary of the armistice with Germany in 1918 (major hostilities were formally ended at the 11th hour of the 11th day of the 11th month) The name of the holiday was changed in the United States to Veterans Day in 1954, and was dedicated to all veterans.

Most government offices and many businesses are closed today including the city of Davenport. However, both Davenport Library locations will be open their regular hours – Main will be open 9:30am-5:30pm and Fairmount will be open 12 noon to 8:00pm.

If you are interested in learning more about World War I than numbers and dates, I recommend that you search out Testament of Youth, Vera Brittain’s harrowing story of what happened to her, her brother, her fiance and their close friends. All of the men were thrown into the “meat grinder” of trench warfare and Vera became an Army nurse in France and Malta. Filmed as multi-part series for Masterpiece Theater, Alistair Cooke stated in his introduction that if this had been a “Hollywood movie” it would have been dismissed as unbelievable but it is in fact, all true. It is a sobering and heart wrenching look at the cost of warfare.