A twenty-something, fast-talking salesman’s latest deal collapses the day he learns his father has suddenly died. Against his wishes, Sam is called home to put his father’s estate in order and reconnect with his estranged family. While there, he uncovers a startling secret that turns his entire world upside down – he has a 30-year-old sister he never knew existed Rated PG-13

Baltimore 1849. While investigating a horrific double murder, police detective Emmett Fields makes a startling discovery: the killer’s methods mirror the twisted writings of Edgar Allan Poe. Suspecting Poe at first, Fields ultimately enlists his help to stop future attacks. But in this deadly game of cat and mouse, the stakes are raised with each gruesome slaying as the pair races to catch a madman before he brings every one of Poe’s shocking stories to chilling life, and death. Rated R

Explorers have discovered a clue that brings them to the origins of mankind on Earth. This leads them on a journey that takes them to the darkest corners of the universe.Rated R

Set on an island off the coast of New England in the summer of 1965, tells the story of two twelve-year-olds who fall in love, make a secret pact, and run away together into the wilderness. As various authorities try to hunt them down, a violent storm is brewing off-shore, and the peaceful island community is turned upside down in more ways than anyone can handle.PG – 13

Your favorite characters are back in their most hilarious adventure yet! Alex, Marty, Melman and Gloria are on the run through Europe in this wildly-entertaining and outrageous comedy critic’s call ‘charming and very funny’! With the fame-loving King Julian and take-charge Penguins, the whole crew joins the circus to escape Captain Dubois of Animal Control Rated PG

Madea’s back in an all-new movie. A Wall Street investment banker has been set up in a mob-backed Ponzi scheme, forcing him to be put under witness protection with his entire family in Madea’s house down South. Rated PG-13

Abraham Lincoln, history’s greatest hunter of the undead, must risk the presidency, his family, and his life to protect America from the bloodthirsty vampires.Rated R 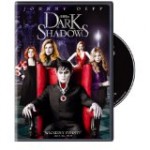 Imprisoned vampire Barnabas Collins is inadvertently freed from his tomb and emerges into the very changed world of 1972. He returns to Collinwood Manor to find that his once-grand estate has fallen into ruin. The dysfunctional remnants of the Collins family have fared little better and are in need of his protection. Rated PG-13.