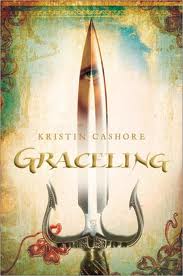 Lexie loved Graceling by Kristin Cashore : “This is a fantasy novel about a world where some people are gifted with a “grace”, an extreme skill. It tells the story of Katsa, a girl who has been graced with killing, and her unlikely friendship with a young prince. When the two discover a disturbing secret about a nearby ruler, they must work together to bring peace to their land. It has action, drama, romance and an interesting and well-developed new world.” 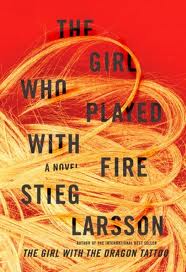 Michelle’s favorites were some of the hottest books of the year : “My favorite book(s) that I read this year are actually two books that have to be read together, The Girl Who Played with Fire and The Girl Who Kicked the Hornet’s Nest by the late Stieg Larsson. The second and final installment of the Millennium Trilogy are a tour de force that pack a powerful punch of intrigue, scandal, corruption and mystery in present day Sweden. The first tow films with English subtitle are now available at the library with the final film’s release in the United States coming in January. There is even an English version that will be released sometime near the end of the next year!”  Michelle blogged more about “Fire” here and about “Hornet’s Nest” here.

Bad Behavior has blocked 1757 access attempts in the last 7 days.