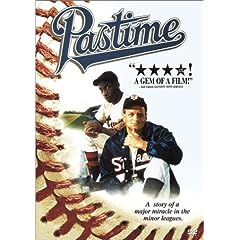 An excellent little baseball movie that never got its due was Pastime.  Good luck finding it on any “best” lists.  Released in 1991, it is the story of an aging minor league pitcher named Roy Dean Bream seemingly holding on just for the love of the game or nowhere else to go.  Set in 1957, Bream is the only player halfway civil to a humble black rookie pitcher while the rest of the team addresses him as a pariah.

Either this little gem never got released or didn’t have any marketing budget.  Apparently some people other than myself enjoyed it…it won the audience award at Sundance and features cameos by Bob Feller, Duke Snider, Ernie Banks, Don Newcombe, Bill Mazeroski and Harmon Killebrew.

Bad Behavior has blocked 1283 access attempts in the last 7 days.