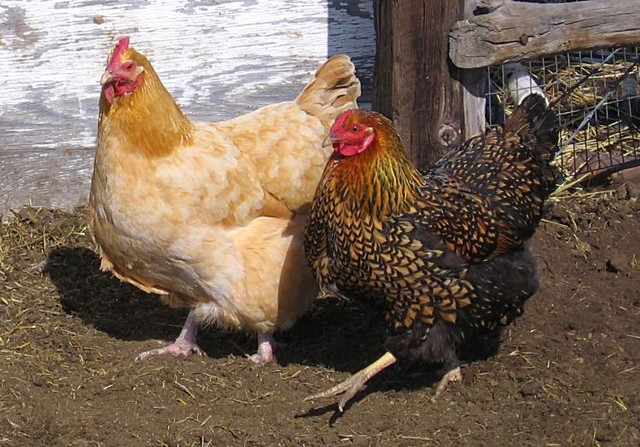 City officials in Davenport, Iowa City and Cedar Rapids aren’t the only ones to be considering how to deal with the recent vogue of urban chickens. The locovore movement and a struggling economy have combined to produce the “It” Bird, as Susan Orlean calls chickens. There are those that say that the Obamas should have a few at the White House. You can even find plans on the internet for building a coop out of Ikea furniture.

Orlean, author of the Orchid Thief, turns her eye to small-time chicken raising  in the September 28th  New Yorker. She traces the history of keeping fowl  in America, how they went out of favor in the fifties and  how they were gentrified by Martha Stewart’s gourmet chickens and pastel eggs. You may or may not know that Iowa is the home to the “largest rare-breed poultry hatchery in the world.”

Orlean herself finds the perfect solution for her needs…just a few chickens (guaranteed to be hens) and a small plastic coop. ( A British company called Omlet manufactures the Eglu).

If the subject intrigues you, check out The Joy of Keeping Chickens by Jennifer Megyesi, Living with Chickens: Everything You Need to Know to Raise Your Own Backyard Flock by Jay Rossier, and, of course, Raising Chickens for Dummies.