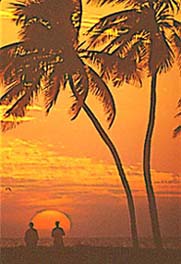 The author is the father of the eccentric Floridian mystery, with overtones of environmental rage – and no one does it better. Skin Tight is classic Hiaasen – an incompetent plastic surgeon, an equally inept hitman and a tv reporter who is prone to getting beat up populate the novel. Together, they produce moments so bizarre yet acceptable within the logic of the novel, that they make perfect sense. If these scenes don’t make you laugh, nothing will.

Now a series, this mystery introduces Lily Cleary, who is a Sarasota-based lawyer, specializing in medical malpractice. She has odd and likable sidekicks, family members and colleagues; she herself has plenty of quirks of her own (she has many obsessions involving cleanliness and food). Through it all, Lily maintains a wickedly funny sense of humor.

A police beat reporter herself, Buchanan writes with authenticity about her lead character, Britt Montero, who also covers the police department for a Miami newspaper. Through hurricanes, riots, sweltering humidity and Cuban-American politics, the reader is immersed in the culture and heat of Miami. Through nine novels, we see Britt’s work and romantic life go through many ups and downs.

Solomon Vs Lord by Paul Levine

Both lawyers, Steve Solomon is the wisecracking, risk taking, fast talking rule breaker and Victoria Lord is his patrician, by-the-book adversary. Their relationship and that of Steve’s autisic savant nephew provide plenty of room for sparks and emotion. Florida is once portrayed once again as a haven for peculiar, yet charming characters.

Lupe Solano is a private investigator from a privileged Cuban-American background – giving the reader a glimpse of both worlds. She struggles with her family’s expectations and her own love of the good life, while she navigates in a hardboiled seamy underworld.

Next time, the Armchair Traveler explores our northern neighbor Minnesota, site of the Public Library Association convention later this month. Watch for a series of reports about the convention from our dude with the ‘tude, DPL’s own reporter/guy-brarian extraordinaire -Bill.