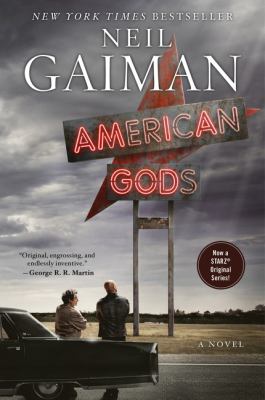 American Gods by Neil Gaiman is a twisted fantasy tale of gods come to life in modern-day America. There is a battle soon to rage between the ancient gods and the gods of today. The historic gods of European tales were brought to North America and other countries around the world in the minds of the people who believed in them. They grew stronger in those new places every time someone talked about them or thought of them. The old gods are coming up against a struggle now. The new gods (gods of media, television, Internet, etc) feel like the old gods have reached their limit. The old gods feel like they’re being usurped by gods that will vanish from the public’s minds in a few years, an idea that infuriates them. Spiritual warfare runs rampant through this book as readers discover that gods walk among us, hidden as humans or animals. These ancient divinities may struggle against the new trends and fads, but their struggle for survival is necessary in this new supernatural climate.

Thrown into this conflict, our antihero rises. He is a convict named Shadow, a man who has feelings that the world is going change drastically. Through Shadow, readers witness the behind-the-scenes relationship between the gods and humans. Humans and their faith play a very large part in this book with Shadow and the gods constantly struggling in this massive religious upheaval. Shadow soon finds himself thrust into the middle of this skirmish between the ancients: Odin, Anansi, Those, Loki One-Eye, etc, and the contemporary deities: geek-boy god Internet, the goddess Media, etc. It’s a fascinating journey as Shadow takes a job as a kind of bodyguard for Mr. Wednesday, a human representation of the Norse god Grimnir, as they travel across the country trying to recruit more gods to actively fight on their side. The magical and the mundane are, for the most part, evenly balanced throughout this book, a fact that I greatly appreciated since it helped me better understand what was happening.

I listened to this book through OverDrive and greatly enjoyed it because the author actually read the prologue! Getting to hear authors speak is one of my favorite things because you really get to hear their viewpoint and how their cadence influences the writing of the book. His discussion of the creation of this book was also invaluable knowledge. I greatly enjoyed this book.