Over the last month, I have had the chance (and frankly, the time)  to indulge in one of my favorite digital offerings at the Davenport Public Library, Acorn TV!  Since mysteries are my genre of choice, Acorn TV a great place to find both long running mystery series and shorter limited run series.  Acorn TV has many excellent dramas, comedies and documentaries as well.  Two recent mysteries that I have discovered, Mayday and Winter are both top notch mystery series.  Each series is just one season and contain five and six episodes respectively.  These are but two of the many great mystery series available on Acorn TV.  To access Acorn TV from home, go to www.davenportlibrary.com and click on “Digital Content” at the top of the page.  Then, follow the directions under Acorn TV to create an account. 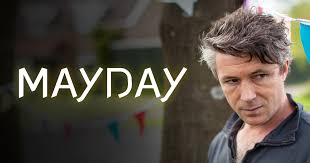 Mayday – A small English village holds its annual Mayday festival and parade where a local teenage girl will be crowned as Mayday Queen.  But as the parade begins and the Queen’s float appears down main street, it is empty.  The Mayday Queen has disappeared mere moments before the parade is set to begin with only her abandoned bike found near the woods at the edge of town.  The locals quickly organize to look for her throughout the area.  As the search goes on it becomes clear that many in the village have a motive to do harm to the young girl.  We meet a cast of characters, including ex-police officer, her detective husband, a real estate developer, a society wife and a man with mysterious access to heaps of cash.  Many of the locals have their own dark secrets that they intend to keep at any cost.  The series not only highlights the intricacies of the police  investigation but how the villagers react to a suspect being one of their own.  Mayday if full of red herrings, shocks and surprises and I highly recommend it for mystery fans. 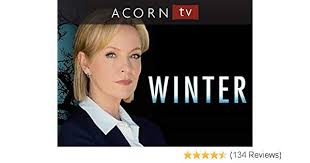 Winter – Australian detective Eve Winter is on a brief hiatus between cases when she is recruited to come back after the death of a young woman whose body was found at the bottom of a rocky cliff just north of Sydney.   Simultaneously, Eve learns of a young girl hospitalized after a hit and run accident.  It becomes apparent to Eve that these two cases have everything to do with each other and if she can get the young girl to trust her and talk may be the key to cracking the case.  Splitting her time between the murder investigation and gaining the young girl’s trust, Eve and her team discover that there are many powerful and influential residents who will cover the secrets in their past at any cost.  Winter is another great mystery series with all the twists, turns and secrets of the past that make the story so memorable and suspenseful.

Bad Behavior has blocked 1305 access attempts in the last 7 days.