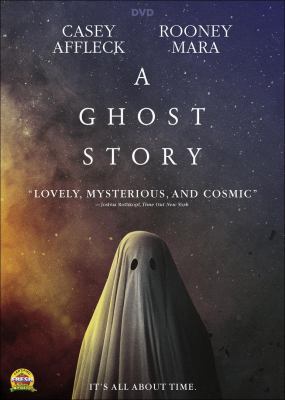 Casey Affleck and Rooney Mara play the main characters in this movie that is unlike any other I’ve seen. The music, lighting, and nonverbal actions are almost characters in and of themselves because of the scarcity of dialog. In stark contrast to the last several years of blockbuster films I’ve seen, (I live with action and adventure fans), this was so slow and subtle I can imagine many viewers, such as the one who sat next to me on the couch, and critics alike panning it.

It’s difficult to discuss A Ghost Story without spoilers so I’ll tread carefully in this paragraph but don’t read the last paragraph if you don’t want the ending to be spoiled. What begins quietly and ordinarily voyages into questions of the afterlife, the concept of time, and the human desire to leave a vestige of existence in order to not be forgotten. Affleck, as the main character would seem at first to have an easy job as the actor wearing the sheet, but as I watched, I thought it would likely be very difficult to convey emotion without the usual facial or hand gestures. He did well, showing surprise, sadness, and anger.

The final scene leaves us not knowing something I had assumed we would eventually learn. Open-ended conclusions frustrate many viewers and a Google search about this scene finds many viewers seeking the answer. I have my own thoughts about what happened but like this enigmatic movie, I’m not telling.

Bad Behavior has blocked 1282 access attempts in the last 7 days.