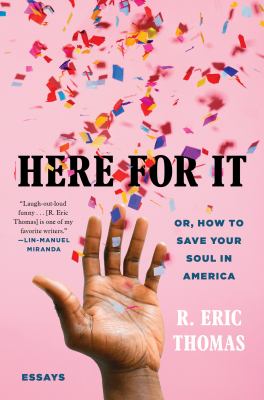 Jenna Bush Hager has selected TWO books for the August #ReadWithJenna book club. She has chosen Here For It by R. Eric Thomas and The Comeback by Ella Berman.

Here for it: or, how to save your soul in America by R. Eric Thomas is her nonfiction selection. This memoir is presented through a series of essays. Check out the following description provided by the publisher:

R. Eric Thomas didn’t know he was different until the world told him so. Everywhere he went–whether it was his rich, mostly white, suburban high school, his conservative black church, or his Ivy League college in a big city–he found himself on the outside looking in. In essays by turns hysterical and heartfelt, Eric redefines what it means to be an “other” through the lens of his own life experience. He explores the two worlds of his childhood: the barren urban landscape where his parents’ house was an anomalous bright spot, and the verdant school they sent him to in white suburbia. He writes about struggling to reconcile his Christian identity with his sexuality, about the exhaustion of code-switching in college, accidentally getting famous on the internet (for the wrong reason), and the surreal experience of covering the 2016 election as well as the seismic change that came thereafter. Ultimately, Eric seeks the answer to the ever more relevant question: Is the future worth it? Why do we bother when everything seems to be getting worse? As the world continues to shift in unpredictable ways, Eric finds the answers to these questions by re-envisioning what “normal” means, and in the powerful alchemy that occurs when you at last place yourself at the center of your own story.

The Comeback is her fiction selection. The following description, provided by the publisher, will give you an idea what the book is about. 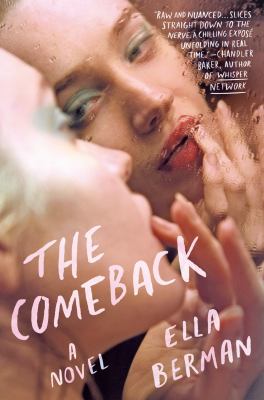 A deep dive into the psyche of a young actress raised in the spotlight under the influence of a charming, manipulative film director and the moment when she decides his time for winning is over. At the height of her career and on the eve of her first Golden Globe nomination, teen star Grace Turner disappeared. Now, tentatively sober and surprisingly numb, Grace is back in Los Angeles after her year of self-imposed exile. She knows the new private life she wants isn’t going to be easy as she tries to be a better person and reconnect with the people she left behind. But when Grace is asked to present a lifetime achievement award to director Able Yorke–the man who controlled her every move for eight years–she realizes that she can’t run from the secret behind her spectacular crash and burn for much longer. And she’s the only one with nothing left to lose. Alternating between past and present, The Comeback tackles power dynamics and the uncertainty of young adulthood, the types of secrets that become part of our sense of self, and the moments when we learn that though there are many ways to get hurt, we can still choose to fight back.

Bad Behavior has blocked 1343 access attempts in the last 7 days.