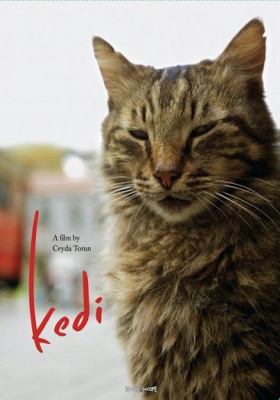 Legend has it that ships sailing from far and wide, docking at Constantinople in the Ottoman Empire carried cats for mouse control and the cats disembarked and stayed there. Today, hundreds of thousands of cats wander the streets of Istanbul, Turkey (formerly Constantinople). Over thousands of years these felines have carved a permanent niche in the fabric of the city. According to the website promoting Kedi, “Claiming no owners, the cats of Istanbul live between two worlds, neither wild nor tame — and they bring joy and purpose to those people they choose to adopt. In Istanbul, cats are the mirrors to the people, allowing them to reflect on their lives in ways nothing else could.”

After losing my initial and anxious gut reaction that all of these cats should be spayed or neutered that persisted for a good 20 minutes, I was able to relax into the film. The stories of the relationships between these cats, who have very distinct personalities, and the people who befriend them are beautiful. People named the cats, fed them, let them in their houses, and even took them to the vet, sometimes multiple times but the cats were ultimately ownerless and lived their own lives as they pleased. I was struck by the diversity and attractiveness of the kitties since it would appear that they have come from all over the world and have interbred freely.

If you’re a cat lover, you’ll love this film.

Bad Behavior has blocked 1738 access attempts in the last 7 days.