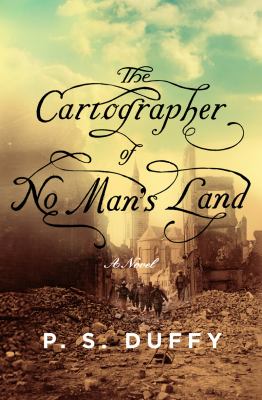 From a village in Nova Scotia to the trenches of France The Cartographer of No Man’s Land leaps across the Atlantic, between a father at war and a son coming of age at home without him.

When his beloved brother-in-law goes missing at the front in 1916, Angus defies his pacifist upbringing to join the war and find him. Assured a position as a cartographer in London, he is instead sent directly into the visceral shock of battle. Meanwhile, at home, his son Simon Peter must navigate escalating hostility in a fishing village torn by grief.

The Cartographer of No Man’s Land offers a soulful portrayal of World War I and the lives that were forever changed by it, both on the battlefield and at home. (description from publisher)