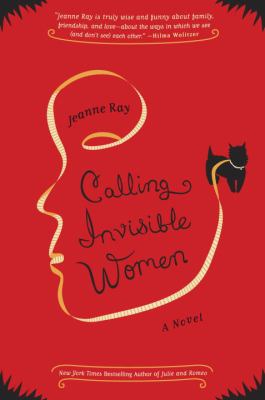 A mom in her early fifties, Clover knows she no longer turns heads the way she used to, and she’s only really missed when dinner isn’t on the table on time. Then Clover wakes up one morning to discover she’s invisible – truly invisible. She panics, but when her husband and son sit down to dinner, nothing is amiss. Even though she’s been with her husband, Arthur, since college, her condition goes unnoticed. Her friend Gilda immediately observes that Clover is invisible, which relieves Clover immensely – she’s not losing her mind after all! – but she is crushed by the realization that neither her husband nor her children ever truly look at her. She was invisible even before she knew she was invisible. Clover discovers that there are other women like her, women of a certain age who seem to have disappeared. As she uses her invisibility to get to know her family and her town better, Clover leads the way in helping invisible women become recognized and appreciated no matter what their role.

Smart and hilarious, with indomitable female characters, Calling Invisible Women will appeal to anyone who has ever felt invisible. (description from publisher)