You may have heard about the recent controversy surrounding the author John Lehrer and his book Imagine: How Creativity Works in which he has recently admitted to being creative with a few of the quotes attributed to Bob Dylan. Publisher Houghton Mifflin has stopped shipping the book and has asked bookstores to pull it from the shelves. However, the book is still available for check-out at the library if you would like to take a look and see what the fuss is about. Here is my review of the book which I wrote just a few weeks before the controversy broke: 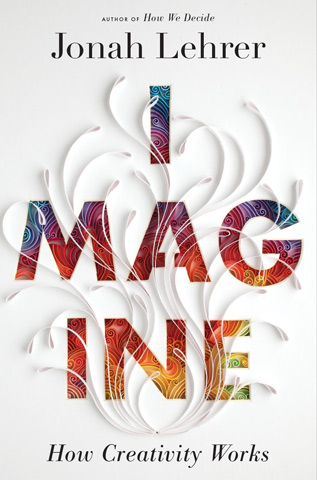 Yup, a bathroom is the key to all great creative achievements. According to Imagine: How Creativity Works by Jonah Lehrer, Steve Jobs specifically designed the Pixar Building with one central restroom location so that all employees would find themselves in unexpected interactions throughout the day, and it is these random and often irrelevant conversations that occasionally led to the breakthroughs that have made Pixar one of the most creative and successful animation studios of all time.

Of course, there is much much more to Pixar’s creativity and success than just a bathroom, and there is much more to say about creativity than just Pixar’s way of achieving it. In Imagine, Jonah Lehrer divides his research into two parts: creative individuals and creative groups. I had chosen to read the book with hopes that the first part would inspire me to pick up my paintbrushes that I haven’t touched since college, but it was actually the second part of the book that really shook up my brains and excited me about the possibility of enacting on new creative practices in the library. A creative person can write a play, but a creative environment can create a William Shakespeare. (Lehrer’s section on how William Shakespeare never could have produced his work if he had been born in any other time or place, due to the support of theater and lax copyright enforcement, is absolutely fascinating.)

Overall, the book constantly enforces that every person is creative, but it can sometimes take drugs, mood changes, travel or even disease to get our creativity to bubble up and show itself. I highly recommend Imagine: How Creativity Works by Jonah Lehrer to artists, writers, crafters, inventors, managers, business owners, and everyone interested in the science and magic behind mankind’s creative spirit.