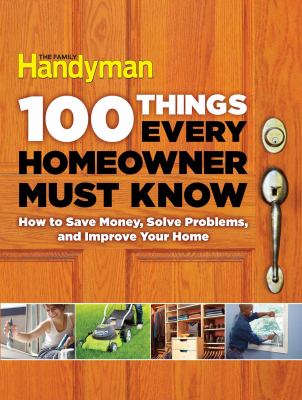 The day I first became a homeowner, I felt like a queen.  Little did I know then I would also soon become its plumber. In addition: painter, arborist and electrician  (I installed a programmable thermostat and you can, too!)

I have much respect for professionals in these vocations, and value their expertise. That being said, there are times -often late at night or on the weekends- when a homeowner must take care of things as best they can in a pinch. These are the times you learn things on-the-go that you never knew you needed to know.

To help toward that end, the Library is offering a program called Adulting: Finding and Keeping a Home or Apartment. It will be at Fairmount at 6pm on Tuesday, Sept 12. Our aim is to help you learn some useful information about finding the right place to live for you, and what you’ll likely need to do to keep and maintain it.

We’ll be bringing in experts Melissa Wegener from RE/MAX, Chad Mansfield from IH Mississippi Valley Credit Union, and Cody Eliff from the Davenport Civil Rights Commission to share some things you’ll need to know about the process of becoming queen or king of your own castle. We’ll also have lots of library materials on hand, like 100 Things Every Homeowner Must Know: How to Save Money, Solve Problems, and Improve Your Home.

This is a helpful book, which includes tips on how to:

I now share the top 3 things that I learned the hard way after moving in to my castle.

Check it before you wreck it. Find out if you have a sump pit in the basement. A sump pit is a basin (read: hole in the floor) where excess water can go. It is a good thing to have, as it helps prevent flooding in the basement. The sump pit should be equipped with a sump pump to periodically get the water back out. This is done via a hose that goes outside. When outdoor temperatures go below freezing, ice can block the portion of the hose that is still outside. Water will sometimes still find its way into the pit, activating the pump, which is a persistent little thing because if it can’t get the water out the first time it will keep trying and trying until it wears itself out. My household burned through a nearly-new sump pump one winter because we didn’t think to check the hose for ice and remove it. We removed the hose and a powerful surge of water came out of the side of the house, forming a not-so-nice little trench in the yard. To solve this problem, I installed some patio pavers there and that took care of that. Every year I check them and backfill with paver sand. Now, we keep a close eye on the temperatures, taking care to replace the hose once it warms up, because it isn’t ideal to have the pump just spray the water directly out the side of the house.

Lube it before you lose it. Did you know you should spray the moving parts on your garage door with WD-40 or similar lubricant on a monthly basis? Neither did I – until I found myself having to replace a garage door before its natural life span. It had been making a loud noise for a while, but I had no idea what it was. I assumed it was just part of the aging process. (We all make strange noises as we get older, right?) Had I known to regularly check and lubricate my garage door’s moving parts I could have prevented the chain reaction that led to its early demise and saved myself a thousand dollars. Set up a monthly reminder to lube your garage door’s rollers, hinges, track, and spring. Also, check the spring for cracks or signs anywhere of stress. If it doesn’t sound right, get it checked out.

Going skiing? Keep the pipes from freezing! The winter of 2013/2014 was a record-breaker for low temperatures. There were warnings about leaving your water at a steady drip if you were going away for any extended period of time. The frost had reached so far underground (a very rare occurrence) that it was causing the water in many buried pipes to freeze. We didn’t get that memo until it was too late. We returned from a weekend away to find that we had no water to the house. The blockage was located about 75 feet from the house, somewhere between our house and the water main. This went on for nine and a half weeks. You read that right. I was pretty stinky by the end of that time. Just kidding – after about a week of schlepping buckets of water from the neighbor’s house, we temporarily moved in with local relatives, to whom we are forever grateful. In comparison to others in the community that ended up with burst pipes, we feel fortunate because we were spared the huge expense of getting the pipes replaced. All we had to do was wait it out. Throughout the wait, the number one question I remember being asked during that time was, “What are they doing about it?” I think people often assume there is always someone to blame for every problem, someone who should claim responsibility and fix it. In this case, the only “they” was us. Not the water company. Not the city. Just us. But thankfully, we live in a community of people who brought us fresh water and let us borrow their bathroom whenever we needed.

Other things that homeowners I know have learned the hard way:

Change your furnace filter. This is a disposable pleated object made from paper and polyester that you insert at the place on your furnace where the air comes in. Depending on your model, the cost can vary but you can likely get one for about $5. You should replace it four times a year because it can get very full of dust and, if you have pets, dander. If you never replace it with a fresh one, you could be recirculating all that gunk throughout the house. Putting a reminder on your calendar when the seasons change is a good idea. I write the date I installed each filter on the cardboard edge, so I know exactly how long it has been in use.

Check your dryer vent periodically to be sure it isn’t blocked. You should clean the lint screen with each load, but it still doesn’t catch everything. Lint can build up in the ducts leading to the outdoor vent, making your dryer less efficient and raising the risk of a house fire. There are cleaning tools made especially for this task, or you could use your vacuum. For more, read this article from Consumer Reports.

Trim the tree branches so they don’t hang over your gutters and block the flow with fallen leaves & debris. Clean gutters seasonally. If you can’t safely do so on your own, hire a professional. It is worth it because you may prevent costlier repairs in the long run. Blocked water could freeze in the downspouts, causing a split or water overflowing from the gutter could damage your home’s foundation and landscaping.

I’ll now leave you with my personal favorite homeowner tip: When you leave the house in summertime set the AC so it doesn’t run so often when you are gone. At least eighty degrees is a good place to start. In the winter, set it to turn the heat down (no lower than 55 degrees) when you are not home.  If you don’t already have one, you can install a programmable thermostat to automatically do this for you. But it is pretty simple to walk over to the thermostat and do it yourself, too. You just have to remember to do it. If you are wondering, “Doesn’t that just force the furnace or AC to work harder when it comes time to heat or cool the house back to the optimal temperature?” This article explains more about why it is more energy efficient to turn it down while you are gone, rather than leaving it on all day.

Are there any valuable tips about finding and keeping your own home that you have learned? If so, please share them with us!