The motto for National Library week 1961 was “For a Better-Read, Better-Informed America”. That year, the Davenport Public Library was featured on a half hour TV show, Spectrum, on WHBF.

Both the Davenport Morning Democrat and The Daily Times ran editorials. A full-page 2 color ad appeared on page 11D of the Sunday Times-Democrat for  April 16, 1961:

In a typical month some 10 to 15 thousand men, women and children use the library facilities.

417,000 books, pamphlets, magazines, films and phonograph records were borrowed during the fiscal year which ended 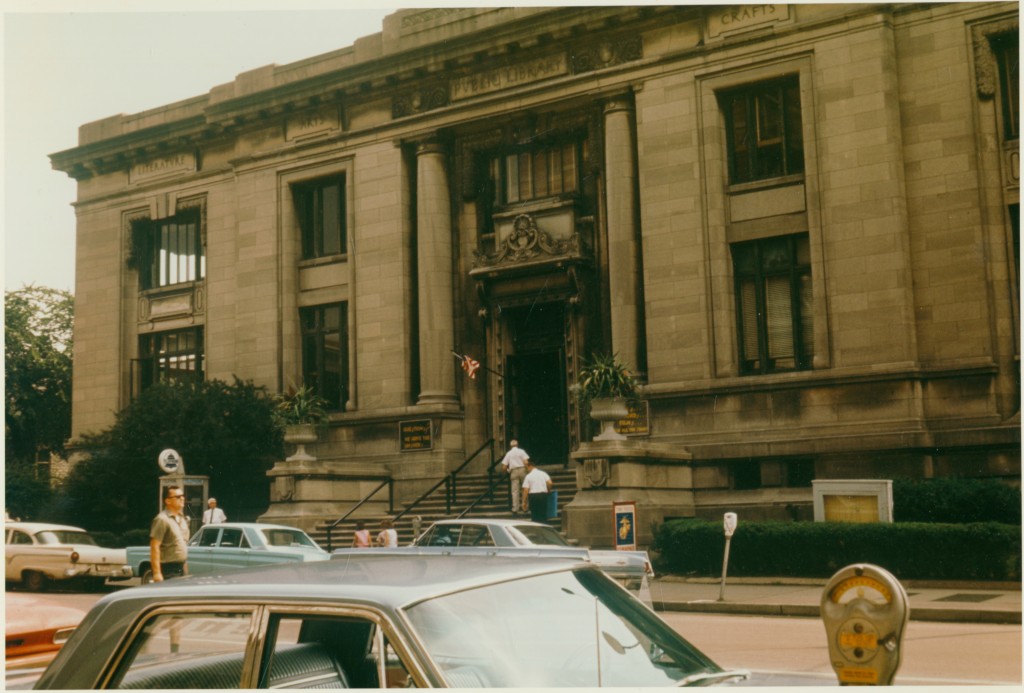 20,000 questions of all kinds were asked and answered by the librarians in the reference department.

This year, the Motto for National Library Week is “Lives change @ your library”

Let’s take a look at what else has changed in our library in fifty-three years:

An average of 39,714 people used the library facilities in each of the last 6 months. That includes the Main library and our branches on Fairmount Street and Eastern Avenue.

82,376 audio recordings (music CDs and audiobooks) were borrowed in FY13.

121,205 reference transactions were recorded by reference, information and Special Collections staff in FY 13.

And, while we’re counting, we also have two more branches!

Bad Behavior has blocked 1952 access attempts in the last 7 days.