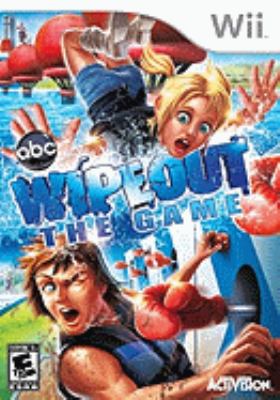 Have you ever watched a television show and wished you could be on it? I have many times! Whether it’s a game show or talent competition or agility race, I have always wanted to at least try. But alas, I know I’m not coordinated enough and that I do not have a dancing bone anywhere in my body. Lucky for me, videogames let me try my hand at reality television without the possibility of failure on a national public level. It’s a win!

Wipeout: The Game is one such game that I recently discovered. Wipeout is a game show on ABC that features contestants competing against each other in what the show calls “the world’s biggest obstacle course”. I believe it. Contestants flip through the air, flop into puddles of mud and water, and generally get beat-up as they compete to win the game. Wipeout: The Game lets you experience all the elements of the television show with no danger of injuring yourself. Don’t worry, the competition is still there as you try to hit the button at the end of the course as quick as you can. Play with up to four of your friends as you battle over 50 crazy obstacles, including the most famous and recognizable ones from the television show: The Sweeper, Sucker Punch, Big Balls, and even more. As you’re racing, listen to the commentators give you advice and generally cringe for your well-being as you bounce from obstacle to obstacle. This game has slow motion replays just like the television show that highlight all the bone-jarring wipeouts that happen. If you still manage to be losing to your friends, don’t worry! You can throw objects at the other competitors when it’s not your turn.

Pick up this game and live out your dream to compete in a game show with no worries of actually injuring yourself! 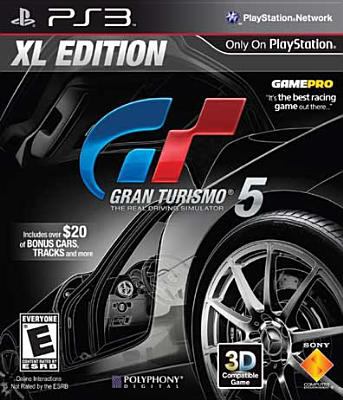 Are you looking to play a new game, but one that doesn’t center around violence or involve dancing/losing weight? Try looking towards car racing games. If you’re like me and want to play videogames, but don’t necessarily like first person shooter games or getting sweaty and working out, then car racing games are the way to go. These games still allow you to get competitive and sometimes even team up with others to win.

A new car racing game that hit my radar recently is Gran Turismo 5. Gran Turismo 5 is a real driving simulator game for PlayStation 3 that allows players a large variety of personalization options. This game is initially 1-2 players, but gives the option to join the PlayStation Network and play against up to 16 people. New visual effects have been introduced ranging from skid marks, under braking, overturning, ability to flash headlights, and a damage model. The damage model lets players see the realistic damage that happen to their cars when they are in accidents. GT5 lets you pick from a total of 1,083 cars, both “standard” and “premium”. Drivers can pick from up to 31 different scenery locations and 81 different track layouts. If none of those courses work for you, there is also an option to design your own course with the Course Maker. You can also challenge yourself by changing the weather options.

Swerve outside the normal war/first person shooter games and pick up a racing game that you can play with the whole family: Gran Turismo 5. 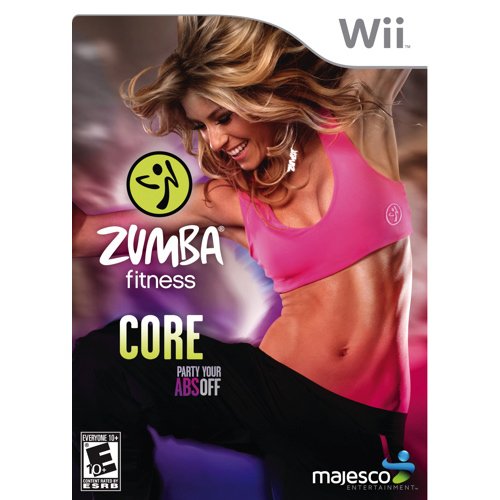 Let’s talk about the ugly winter truth. Sometimes we’re just too lazy to work out. Putting on workout clothes, bundling up to trudge through the blowing snow and the frigid air, going to the gym to get sweaty with a bunch of people who already have fabulous bodies is just a reminder that I should not have eaten that last plate of holiday cookies.

What if there was a way to avoid having to work out in front of people? Let me introduce you to the wonder of videogames. You can workout in the privacy of your own home without having to worry if you look uncoordinated or comparing your body to anyone else’s. Zumba Fitness: Core is a perfect way to get a workout without actually knowing you are working out. Zumba is an aerobic fitness program that has exploded in popularity recently with dancers doing moves inspired by Latin America to rich Latin American music . This videogame lets you master different classes, dance in different locations within the game, create your own Core class, and set different intensity routines for a wide range of skill levels(and even follow a tutorial if you’re just not sure what’s going on). While dancing around to more than forty different upbeat songs and over thirty different dance styles, you will be sure to get a full and total body workout that, as the tagline says, will “party your abs off”.

Have a different videogame system or platform? No worries. Just search the library catalog with the word you are looking for and follow it with the platform, ie. “workout xbox360” or “workout wii”. Still can’t find the right one? Give us a call at the library and we’ll help you find the one you want.