More novels will be making their way to the big screen this holiday season!  Before you head to the theater, pick up the book version from the library. 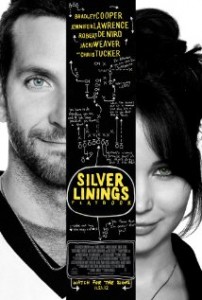 The Silver Linings Playbook by Matthew Quick: “Embracing a philosophy that life is a movie produced by God, neural health patient Pat Peoples endeavors to win back his estranged wife by making strategic sacrifices and coordinating their communications through a depressed widow.”  The film version starring Bradley Cooper and Jennifer Lawrence is now in theaters.

Team of Rivals: The Poilitical Genius of Abraham Lincoln by Doris Kearns Goodwin: “An analysis of Abraham Lincoln’s political talents identifies the character strengths and abilities that enabled his successful election above three accomplished candidates, in an account that also describes how he used the same abilities to rally former opponents in forming his cabinet and winning the Civil War.”  The film Lincoln, which stars Daniel Day-Lewis and covers part of this book, is now in theaters. 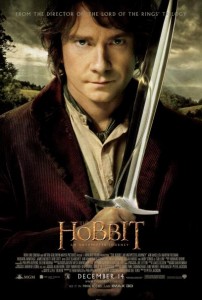 The Hobbit by JRR Tolkien: “Bilbo Baggins, a respectable, well-to-do hobbit, lives comfortably in his hobbit-hole until the day the wandering wizard Gandalf chooses him to take part in an adventure from which he may never return.” The film, which stars Martin Freeman as well as many returning cast members from the Lord of the Rings trilogy, is in theaters on December 14th.

One Shot by Lee Child: “Ex-military investigator Jack Reacher is called in by James Barr, a man accused of a lethal sniper attack that leaves five people dead, and teams up with a young defense attorney to find an unseen enemy who is manipulating events.”  The film adaptation, titled Jack Reacher, stars Tom Cruise and is in theaters on December 21. 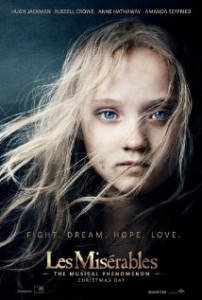 Les Miserables by Victor Hugo: “Trying to forget his past and live an honest life, escaped convict Jean Valjean risks his freedom to take care of a motherless young girl during a period of political unrest in Paris.”  The film stars Hugh Jackman, Anne Hathaway, and Russell Crowe and will be in theaters Christmas Day.

On The Road by Jack Kerouac: “This counterculture classic records the escapades of members of the beat generation as they seek pleasure and meaning while traveling coast to coast.”  Starring Garrett Hedlund, Sam Riley, and Kristen Stewart, the film can be seen in theaters on December 21st.

*all book descriptions are from the publishers