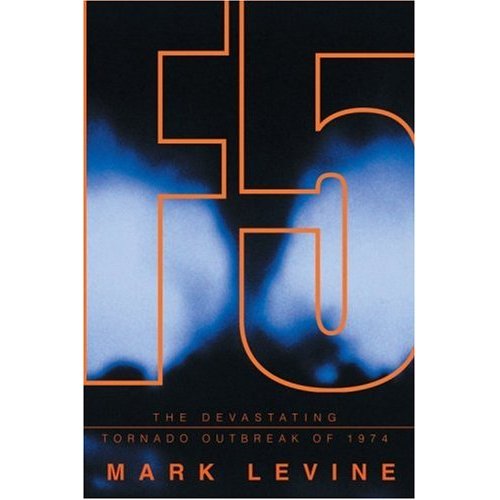 If you are a weather buff (and who isn’t in Iowa), you’ll find this book a suspenseful read. Mark Levine, a University of Iowa poetry professor, tells the story of April 3rd, 1974, an infamous date in weather history. The term Super Outbreak was coined to try to describe the unprecedented 148 tornados that pounded the U.S. from Alabama to Canada for 18 hours. The author focuses on rural northern Alabama and we get to know the victims and survivors as well-rounded individuals, so their fates become even more meaningful.

Many survive multiple tornados – actually being in the tornado itself and being bypassed by multiple funnel clouds. A particularly nightmarish scene is in the small Athens, Alabama hospial as it is flooded with victims and is threatened by tornados itself and finally loses power.

Levine’s skill is both in dramatizing each person’s experience and explaining the technical, meteorological reasons for the storms. The book will appeal to those who want to learn their science or history in a dramatic way.

One thought on “F5 – Tornadoes in the Heartland”